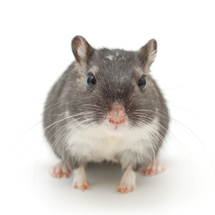 The house mouse is the most common rodent pest in most parts of the world. It can breed rapidly and adapt quickly to changing conditions. In fact, a female house mouse can give birth to a half dozen babies every three weeks and can produce up to 35 young per year.

A successful control program consists of properly sealing the building in question, good housekeeping, and the proper application of baits and traps. Normally rodent control is done on a monthly basis.

Deer mice measure 12 to 28 cm from nose to tail. They weigh 15 to 32 grams. Deer mice are named for their fur’s striking similarity to the coloration of deer fur. Their grayish-brown bodies gradually whiten at the belly and legs. The most telling characteristic is their bicolored tail which is dark but the bottom is light. Many people refer to deer mice as “field mice.” Feasting on seeds, grains, and fruit, deer mice often aggravate farmers when they infiltrate grain silos and storage bins. These rodents are well-known carriers the deadly Hantavirus which has caused numerous deaths in the United States. As prolific breeders, they pose serious health risks for humans and pets. 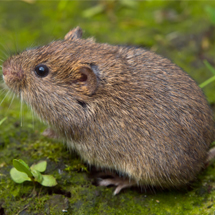 Voles are active day and night year-round. They do not hibernate. Voles eat plants, especially grasses and seeds, as well as bark, crops, insects and animal remains. Voles can have between one and five litters per year, with an average of five young in each litter. Vole population levels fluctuate and generally peak every two to five years.